These directors are leveraging a radical leadership approach for business transformation

The directors of an international logistics company adopt the Being Framework, including the Being Profile and Transformation Methodology, to transform their relationship with themselves and each other as leaders, before undertaking a sustained and substantial transformation of their business across multiple facets. In the process they gain a deeper insight into who and how each person is being, including themselves, for extraordinary behavioural change and results. 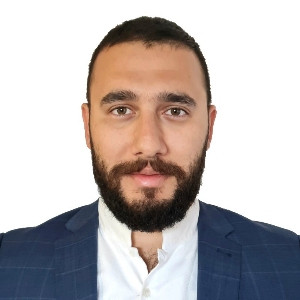 Willship is an international logistics company based in Brisbane, Australia led by three company directors. They ship over $1.4 billion worth of cargo each year and have been in operation for more than 50 years. Jason Williams and Rhyss Williams were two directors who had been passed the leadership roles of the multigenerational business and, after merging with another company, a third director and shareholder, Nick Proctor, came onboard. Although there was the potential to maintain an existing customer base and introduce new revenue streams, several foundational issues needed to be addressed to ensure sustainability, let alone enable them to reach that potential. The business required transformation across multiple facets, but the directors did not know where to start or the full extent of what was required and were each faced with their own individual challenges.

While the directors knew what to do operationally in the business, they were operating in silos and lacked trust in each other due to poor communication. Furthermore, there was significantly low engagement throughout their team. Nick made the observation that there was “a tonne of resentment” in the leadership team and a lack of effectiveness and workability as a result. Jason reported that there were high levels of presenteeism within the team with several employees openly using social media for personal use throughout the day and producing sub-optimal results. Without intervention, their business was struggling to maintain sustainability, both in terms of financial viability and the level of personal burden and exhaustion felt by the directors.

With a desire to turn the situation around, all three directors completed a Being Profile assessment, knowing that change begins at the top. Through the one-on-one debrief session with a Being Profile Accredited Practitioner, they each gained a personalised understanding of how the Being Framework can be adopted to impact themselves as leaders in the business.

“The Being Profile shone a light on each of our Ways of Being and allowed us to better understand how the other one operates,” commented Nick. They found that the skills and attention of the Being Profile Accredited Practitioner coupled with the unique set of Being Profile scores that measured each director across 31 Aspects of Being revealed new and more effective ways for them to approach the current situation.

The Genesis FrameworkTM played a key role here. The Genesis Framework is a methodical and rigorous approach to assessing, planning, and building upon existing business models and introducing new and innovative ones formulated by Engenesis. It is based on Engenesis’ research and direct work with over 1800 businesses undergoing innovation and scale. By regularly assessing their business in light of the framework, the directors could approach their business transformation in a whole and comprehensive way. This ranged from addressing cashflow management issues to their revenue and profitability model and recruitment process.

At a later stage, every member of the organisation completed an individual Being Profile assessment and debrief session and participated in a workshop with the entire team. Through this process, they discovered that who and how they were BEING directly impacted the team culture and resultant level of performance and effectiveness in the organisation. It also provided them with a shared language and understanding of key Aspects of Being that were identified as uniquely beneficial for them to work on based on their collective team profile.

In the Being Framework, building a deeper awareness and clearer conception of each Aspect of Being identified as needing work is fundamental to the transformation process. One such Aspect of Being identified for the Willship team was assertiveness. The team workshop offered participants clear examples that emphasised the distinction between assertiveness and aggressiveness, passivity and passive-aggressiveness. This enabled them to identify how that Aspect of Being applied to them as individuals while also having the common language and understanding to apply it to their team. During the session, it became clear how each individual’s level and/or lack of assertiveness had a direct impact on their performance when completing internal projects and serving their customers.

One key aspect of the Being Framework is its approach to causing behavioural change. By focusing on and transforming their Ways of Being, those who adopt the Being Framework impact clusters of behaviour rather than attempting to address them one at a time. The directors of Willship observed this outcome in the behaviours of their team. Nick observed that before adopting the Being Framework and Being Profile there was a distinct lack of communication and sense of purpose and meaning within the team. He said, “It felt like it was me talking ‘at’ everyone, rather than getting any engagement from the team. It has been a slow and gradual process. But particularly after the workshop last night, everyone’s eyes have opened up to the fact that they mean a lot to the business, their input matters and what they have to offer is important for all of us.”

Rhyss spoke about the new levels of engagement and initiative he witnessed from the team. “We had our first team meeting after the group workshop with Engenesis, and it was quite surprising to see the levels of enthusiasm coming from the members around the table. We were also inspired by two team members who stepped forward to help us implement some really good changes we needed in our operations.”