With over forty years of leadership, coaching both leaders and coaches under his belt, John Smallwood, Master Coach and Coach Principal of the Engenesis Coach Academy, addresses the dilemma many leaders and managers face when it comes to being effective in giving and receiving feedback. 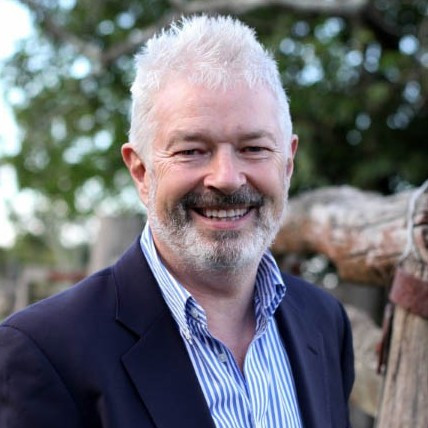 We know that feedback can be a powerful tool when given and received appropriately. It is undeniably important in developing, supporting, encouraging and growing people. As a leader or manager, understanding how to give and receive feedback is fundamental and critical to success. While I’ve heard and seen advice around this topic over the years, unfortunately much of it is misguided or downright misleading.

The most cringe-worthy advice remains the so-called ‘feedback sandwich', when ‘negative’ feedback is wedged between ‘positive’ feedback. For example, “John, it’s great you got that report in on time, though you still haven’t addressed any of the pertinent issues. But the layout you used is amazing!”. Was that really feedback? How can I disentangle what was what?

A manager I recently coached recounted a review session where her director first commended her on how valuable and important she was to the team. However, she was subsequently “slammed” (her description of the experience) and told that her work wasn’t up to scratch. The manager then ended the review by confirming she would receive a small bonus for exceeding her targets. Is it any wonder she was confused and unsure if she should be upset or happy with the outcome? Unfortunately, this is not an isolated incident when it comes to feedback.

Leaders and managers commonly find it challenging to deliver their feedback effectively. Often they are concerned that the recipient may be offended or upset, so they try to downplay or ‘candy coat’ the feedback. Alternatively, they may choose the brutalist approach and deliver the feedback with the proverbial baseball bat. Either way, the outcome is neither pretty nor effective.

How to ensure your feedback is given and received effectively

An interesting observation my team and I have made in our coaching is that the healthier someone's relationship with awareness, the more open and receptive they are likely to be to feedback. They also tend to have a greater propensity to regard receiving feedback as critique: valuable information that will support them in growing and meeting their objectives. On the other hand, when someone has a less healthy relationship with awareness – of themselves and how they impact and are impacted by the world around them – the more likely they are to view feedback as criticism. They have a much greater propensity to be offended, take the feedback personally, and shut down or reject what they hear.

There are two distinct sides to any feedback, delivery and receipt. And for the feedback to be effective, both must be addressed. But first, it’s vital to be clear on the distinction between criticism and critique.

Criticism is typically regarded as personal; it usually starts with ‘You…’ as it is aimed at the individual. Invariably a complaint, criticism is intended to let the other person know that you are not happy or that what they are doing/have done is wrong. It shuts the other person down and kills off any opportunity for growth.

Critique, on the other hand, is considered valuable; it usually starts with ‘When…’ and is firmly focused on the issue rather than the individual. It may include a suggestion or proposed solution and is intended to support the other person. It opens up the opportunity for dialogue and encourages growth.

If the feedback is worth giving then it’s also worthwhile taking some time to prepare:

The above steps may occur as a long-winded approach, especially if you like to give feedback off the cuff. However, if you want to achieve consistent results in how your feedback is delivered and received, adopting this approach is a worthwhile investment.

It is also important to consider who and how you are being when giving feedback; this is as essential as the feedback itself. For example, if you are being angry, accusative, blaming, disrespectful etc., don't be surprised if your feedback is disregarded and/or misinterpreted.

Most of us know when we have messed up and are usually much more effective at beating ourselves up for our mistakes than anyone else could ever be. When someone tries to give us feedback while being angry or disrespectful, we can shut down, become defensive or not hear what they have to say. Instead, feedback is so much more effective when it is delivered by someone who is being patient, respectful, compassionate and intentionally supportive. If you're not 100% sure which way is most effective, then take a moment to consider how you like to receive feedback. Criticism or critique? You can choose.

Coach Principal of the Engenesis Coach Academy, John is an ontologically trained leadership coach and Thrive Master Coach, coach Trainer and facilitator accredited across multiple methodologies. John has a deep appreciation of and powerful insights into how leaders determine the optimal performance of their teams and organizations.

Get notified with John's latest articles and updates.

How to build a thriv

If you’ve ever led a
Article byJacqueline Hofste

How to get coaching

Why the world needs

How important is it

Do it right, do it y

How to create and bu

Why I went from chan

Lucy Faulconer is an
Show More