Have you ever hired a new staff member based on their brilliant CV and interview presentation skills only to discover that they were not who they appeared to be at face value? Do you have a team member who seems to tick all the boxes, but you just get a sense that something isn’t right? Perhaps they say and do the right things, but there are gaps in their output, and team morale has suffered since they came on board. In this article, business consultant Anthea Stevanovic explains why a wrong hire can wreak havoc on the team, what to look out for and steps to prevent an inauthentic person from sabotaging your business. 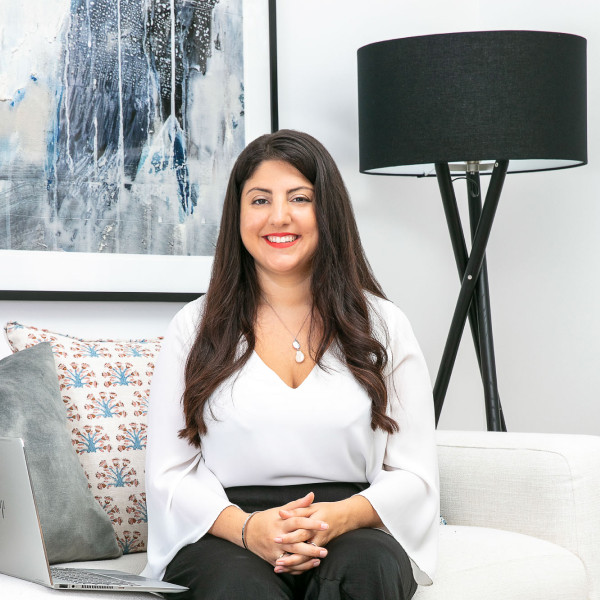 Running your own business is hard! There are so many things that call your attention every minute of the day. So, it’s understandable that when you hire someone, you might take them at face value and expect them to act and do as they said they would during the interview. Ideally, this would always be the case, but the harsh reality is that it’s not. In my experience, all business owners should be aware of and understand the implications of hiring the wrong person to join their team. I have witnessed too many business owners who have been burned in this regard. Instead of alleviating them and helping the company grow and prosper, a wrong hire can eventually wreak havoc on the entire business and team.

There are several implications of hiring the wrong person to join a business. Some of those include:

In recent articles, I have discussed the importance of having a hiring process that can support you in finding people who have been carefully vetted to ensure they are aligned with your company culture and capable of being productive. However, an effective hiring process doesn’t mean you will get it right 100% of the time.

It’s critical to have your finger on the pulse and analyse your team constantly, particularly if you don’t use a profiling tool, such as the Being Profile®, an ontological assessment tool that precisely pinpoints strengths and areas for development. Using a profiling tool is a more objective approach when hiring than merely relying on how a candidate presents themselves in a CV and during an interview.

Remember, people will always be on their best behaviour in interviews and during their probation period. They might be conveying the persona they like to present to the world rather than who they really are. Therefore, it’s not indicative of what they will be like long term. Invariably, the mask must come off at some point to reveal your new hire’s authentic self. Authenticity is one of several facets that the Being Profile measures, meaning it can support a business owner or manager to see a candidate’s true colours earlier rather than later. Going beyond the mask they put on is what you’re interested in, as this will determine how they are being at work and their productivity level.

There is one particular type of persona that I want to bring to your attention, as I have seen it pop up in organisations many times over the years. An individual displaying this type of persona is not easy to spot. They often pull the wool over everyone’s eyes while causing unbelievable damage to the business and team, leaving behind an extensive list of casualties and wreckage long after they’ve gone. This individual presents the persona of an ideal team member. However, in reality, they can be quite destructive. They typically aim to get as much out of you as possible while doing as little as possible and often creating a lot of trouble along the way. This person generally thrives on drama and creating problems, which helps to distract you from the fact that they are not productive or contributing positively to the business.

Why is a person like this so dangerous to your business? The answer is that they are not what they seem. While they present as a model staff member, they are far from it. They seem to have all the qualifications and experience you seek, and their personality appears to align with your company culture. They may have told you everything you want to hear, so they’ve ticked all the boxes. They might be personable and productive, at least in the beginning, and they might seem intelligent as they always have the answer and an opinion. Their facade, or lack of authenticity, will make you believe they are positively contributing to the business when the truth is that they are causing harm.

The underlying issues with this type of individual are that they often don’t have the required skills or experience you need, and they might use underhanded tactics to appear effective while causing a lot of damage behind the scenes. Meanwhile, they keep up the pretence that they are amazing, so you, the business owner, won’t suspect a thing.

Key factors to look out for are:

Steps to prevent an inauthentic person from sabotaging your business:

Inauthenticity is one of the greatest eroders of workplace culture and detractors of productivity. So, it pays to be vigilant when hiring new staff and when some of the factors to look out for, as outlined in this article, become apparent within your team. If all of this seems overwhelming and you’d like some support, I invite you to reach out as I have helped multiple business owners with their hiring process and to identify and weed out fake personas on the team.

Anthea has a real passion for business, instilled in her from an early age, while growing up in the heart of a family business. Being part of a family in business meant she was completely immersed in its culture. It was not a job her parents did that finished at 5pm. It didn't take holidays – it was always on. She loved every minute of it. Anthea couldn’t wait to start work, and found a job as soon as she was able. She loved to work, to learn, and generally be involved with business and its people, soaking up as much of their expertise and experience as possible. She always knew she wanted to help people and make a difference in the world. This quest took her to university to complete a degree in social work, before gaining a Bachelor of Business and Commerce, majoring in Management. After gaining some amazing and invaluable management experience, with a variety of outstanding Australian companies, she established Intelligent Directions, which has allowed her to combine my two passions of business and helping people. Anthea considers herself fortunate in that every day she gets to work with some truly incredible and inspirational business people and support them to grow, scale, transform and triumph. It all starts with a conversation, and develops into a close collaboration to reveal and deliver a winning strategy for business success. Her work is truly a labour of love and she treasures every minute of every business day.

Get notified with Anthea's latest articles and updates.