Lucy Faulconer is an experienced ontological leadership coach with a degree in Psychology and an extensive background in management consulting. In this article, she shares the learning journey and career path she embarked on that led her to go beyond behavioural change and cognitive approaches in psychology to an ontological approach that focuses on who and how we are being. 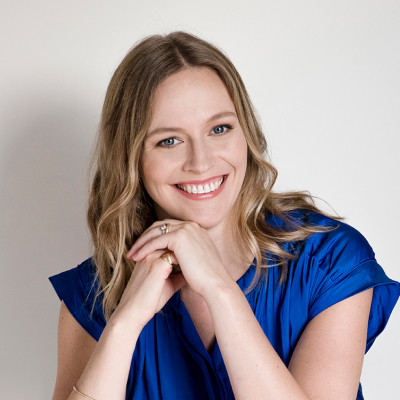 Before becoming an ontological leadership coach, I worked for many years as a management consultant after completing a degree in psychology. During those years, it became increasingly clear to me that no matter how many times the focus was on changing behaviours through technical training, setting KPIs and incentives, or establishing new rules for engagement, addressing the behaviour alone failed to produce the desired outcomes. I discovered that such methods might work for a short period, but in the long run, many of the behaviours would bounce back. This significantly debunked any behavioural theories I had been exposed to before. The issues were deeper and more complex than behaviour alone.

In this article, I share why and how I navigated the journey to go beyond behavioural change and cognitive approaches in psychology to an ontological approach focused on who and how we are being. I also reveal some of the tangible benefits of adopting ontology for the clients I serve.

Thinking back to my university days, I recall that it was only in the last two years of my psychology degree – when I started courses in organisational psychology – that I was introduced to a paradigm I resonated with for the first time. The paradigm gave me access to shift from psychology based on pathologies and disorders – where many authors and researchers focus on what is ‘broken’ about people – to a more positive approach that considers the factors that fundamentally bring about healthy functioning and regards people as ever-evolving beings.

Later, as an organisational psychologist, I learnt that my contribution was to help develop people to maximise their potential and support them to thrive in life. I started to observe underlying qualities like fear, vulnerability, responsibility, higher purpose, and so many others that influenced people’s decisions and drove their behaviours and actions. The only problem was I couldn’t articulate what these were at the time. I remember feeling an instant connection and excitement for this area of psychology. It felt as though the possibilities as a professional had expanded for me as I now got to work not only with pathologies and disorders but also with the high functioning individuals of the world.

Fully embracing this new paradigm, I started to work in high performing environments as a management consultant, matching expectations around performance to how things actually were. I was privileged to work with a group of professionals who deeply understood that setting a direction, clear objectives and ‘expected behaviours’ would not be enough to transform an organisation and support them to achieve what they had set out to do. As consultants, our focus was not only to shape what our clients needed to do but also how they were going to do it.  We did this through workshops, coaching and many one-on-one conversations, acting as sounding boards for the executives. As the years went by, I realised that without investing more time into this, our clients would bounce back to their old ways when we weren’t present. Knowing what to do wasn’t enough for sustainable effectiveness.

As I continued on my quest to understand human beings – and myself by this stage – I started delving into ontology and coaching approach that would create sustainable change. Ontology is the study of reality: what exists at the most fundamental levels. This suggests that there are intrinsic aspects of human beings that can not be scientifically measured, even though they are real. Ontology’s core focus on the reality of human beings struck a chord with me. It was clear to me at this stage that I wanted to join the movements in psychology that had been emerging around how to support people to thrive using an ontological approach.

I embarked on a one-year ontological coaching program with Newfield Network in Chile. Beginning this program was the second moment in my career when things fell into place. I learnt how tapping into and understanding how I was being determined the way I showed up and achieved results. I became aware of how whatever I was dealing with internally shaped my actions and behaviours. For example, I became present to the fact that if I wasn't taking responsibility for my choices, I would remain a victim of circumstances and would therefore be disempowered to make appropriate changes in my life.

As my curiosity to learn more about human beings grew, I was introduced to the Being Framework™ by Ashkan Tashvir. His framework gave me access to clearly articulate the deeper qualities or attributes that I had experienced but had not yet been able to name and a powerful psychometric tool to measure them. It was another breakthrough moment in my career and learning journey.

Today, as an ontological coach working with the Being Framework™, I can relate to people as beings who can work towards integrity and effectiveness and who are not fixed but can transform through a robust coaching methodology. As described in Ashkan’s book, BEING, ​​by integrity, I am not referring to the word's common use but its transcendent and transhistorical meaning of wholeness or completeness. This is the outcome of having a healthy relationship with a host of qualities intrinsic to all human beings. I now focus on supporting individuals to understand and transform their relationship with these deep, underlying qualities, working on how they can be with themselves differently, not only on what they do or don’t do.

A scientist client once said to me in reference to the Being Framework™, “It’s like going back to university and dissecting a toad, but in this case, myself as a human, which is far more complicated. It helps to understand where my behaviours and attitude are coming from and how my attributes (Aspects of Being) affect my work and personal life. It allows me to develop meaningful work and meaningful relationships.”

As an ontological leadership coach, I now support people to connect to and express their uniqueness – or Unique Being – through the Being Framework™ and its associated tools. The level to which they express or suppress their Unique Being to the world is determined by the health of their relationship with 31 Aspects of Being. For example, a former client came to me because he struggled to speak up at work and his level of contribution was at a bare minimum. Instead of coaching him on his behaviours, we worked on shifting his relationship with freedom, self-expression, vulnerability and care, four Aspects of Being we identified he had an unhealthy relationship with. This translated into a healthier relationship with assertiveness, enabling him to speak up, express his views, and step into more impactful projects. His level of contribution and overall effectiveness increased and so did his career opportunities. This example highlights that when we focus on the Being and shift at this level, the ripple effect in terms of behavioural outcomes is exponential.

Challenges are a normal part of life. Unfortunately, there is no quick fix to life’s pains and suffering. The good news is we can and do transform. And the key is to go beyond behavioural change and focus on the deeper qualities that drive our behaviours and actions. As human beings, we are complex and have many moving parts that are ever-evolving. Consequently, raising our awareness and choosing to shift our relationship with ourselves and the fundamental ways of our being is a life-long pursuit and one I’m committed to continue learning about. If you would like to understand more about the Being Framework™, including its associated Being Profile assessment tool and Transformation Methodology, and the role the Framework plays in understanding and transforming human beings, yourself and others, I encourage you to read this article: How your way of Being determines the results in your life.

And if you are keen to delve deeply into the paradigm, including the philosophy and studies behind it, I recommend that you read BEING, by Ashkan Tashvir.

Lucy is a leadership coach who facilitates conversations to create transformational change for individuals and teams. She is interested in deconstructing how you become a high performing leader and a high performing team, and what does that look like? She sees many leaders and executives in business who end up making compromises in their lives to achieve high performance at work, only to find that the trade-offs have been too great and are now impacting their ability to lead. Lucy believes leadership comes from integrating who you are as a human being with the different roles you play in life, integrating all of you and expressing it to the world. This is the source of high performance. After doing a psychology degree, she worked as a management consultant for seven years and thrived supporting large corporations to shift their results through strategy, leadership and culture transformations. Having worked in a high paced and high performing environment herself, she understands what it takes to juggle the various roles from family to business. As a result, she has dedicated the last decade to support leaders and business owners grow and achieve results. If you're a leader who is striving to excel in life and either feel you are not there yet or don’t feel confident you are at your best, it makes sense for you to have a conversation with Lucy so you can start shaping your own definition of high performance and lead your life and your team with effectiveness and joy. So you can have THE big career and THE big life.

Get notified with Lucy's latest articles and updates.