The Four Layers of Venture Building: Are you taking them all into account as a startup?

Many entrepreneurs unknowingly ignore the most critical factors to success, which can lead to the failure of their venture. In this article, Director of Engenesis Ventures, Ariya Chittasy explains the four crucial layers of venture building used by highly effective entrepreneurial teams and how to adapt these concepts to work for your business. 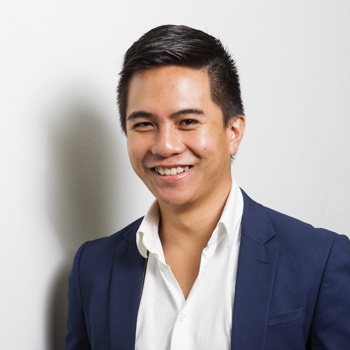 What if I told you that the factors you are focusing on to build and grow your business only form a small part of the equation? What if there were factors that could contribute towards drastically increasing your likelihood of success and effectiveness, that most entrepreneurs are ignoring?

In my journey within Engenesis Ventures, my team and I have studied over 1800 businesses and directly worked with several hundred of them. As we met more and more potential founding teams, we started to identify clear patterns that were regularly leaving startups open to repeatedly falling into the same traps. While we cannot cover all of those learnings and insights here, this article unpacks the establishment of the 4 Layers of Venture Building, a paradigm we introduce to any startup, particularly those seeking to launch and grow a technology venture.

If you’ve spent ten minutes in the startup industry, you won’t have been able to ignore all the noise about how you should be raising startup capital. Similarly hard to ignore are the success stories of yet more companies that ‘made it’ by winning over investors to the tune of millions of dollars for their new ventures.

The simple fact is that less than 1% of startups ever receive funding from venture capitalists or angel investors. Furthermore, of the funds invested by venture capital firms, 75% of those companies do not provide any return to their investors above and beyond the initial capital. We witnessed many of these companies successfully raise funds only to end up at a dead-end and ultimately waste funds and their time and energy. Through our observations, it became increasingly clear that capital has a role to play, but it doesn’t even come close to guaranteeing your success.

The second layer that we found many startup teams turned to was their technological capacity and capability. It can be tempting to think that, as a technology company, having really clever people on your team capable of building a product above and beyond your competitors will give you the advantage. However, when we spoke with great engineering teams that had spent years and, in some cases, budgets over one million dollars building their beloved product, they were struggling to get customers on board. After multiple examples like this, you quickly see that this layer also has its place and similarly does not guarantee success.

The third layer is what we call Venture Design. This layer includes the strategy, market traction, and sales and marketing, and relates to the business and commercialisation of the product at hand. As discussed, each of these layers plays an important role, and Venture Design is no exception. If you’re leading a startup that has these first three layers ticked off – access to capital, a strong technology team, and you are well-informed on the aspects of venture design and strategy – you’re definitely in a rare and valuable position.

The issue at hand is that we encountered far too many examples along our path where these three layers were still not enough. In one instance, we received a message from a founding team that they had lost their passion and care for the mission. After four years of operation, they left the company, despite having successfully raised investor funds, developed a highly scalable and working technology product, and even obtained a list of organisations ready to pilot their new product. The company was soon closed, and the capital, technological expertise, and careful business and commercialisation strategies went to waste. Multiple experiences like this emphasise the importance of the fourth layer. 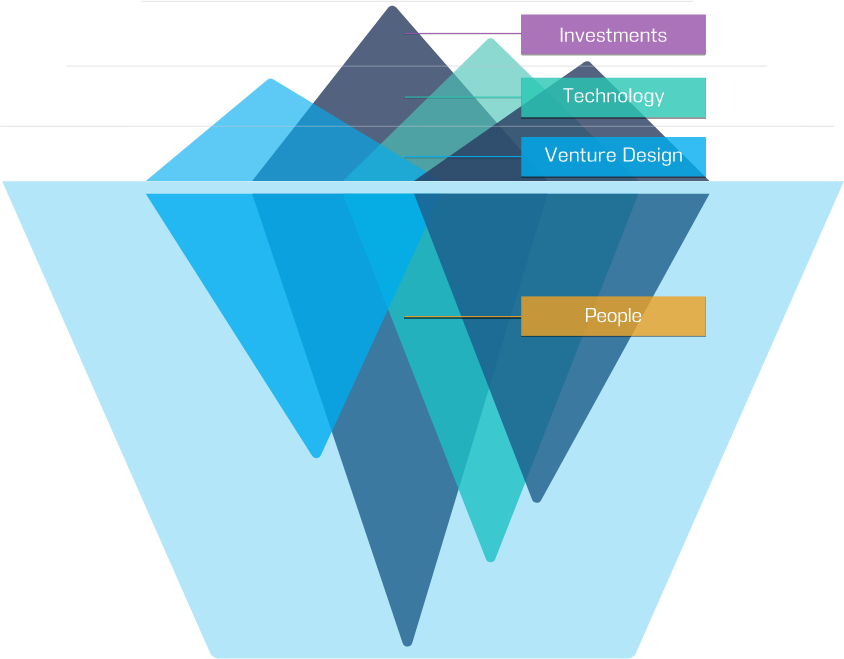 In the fourth layer, as depicted in the diagram, people – or human capital – are like the iceberg beneath the water's surface. Even if a startup has access to all of the world's funding, the best technological capabilities and world-class knowledge in venture design and strategy, one single ineffective human decision could put all of those valuable resources to waste.

While most entrepreneurs, business leaders and investors know that the team plays an important role, a few key factors limit our ability to be effective in this domain.

In contrast, we found that highly effective entrepreneurial teams operate in a different paradigm. For example, they ask questions such as, “How do we ensure our personal limitations do not become the limitations of the company?” “Are we being as resourceful as we can, rather than only seeking to obtain more resources?” and “Are we dealing with the reality of what it will take to build our business?” While these are only a few examples to give you an initial picture, highly effective founding teams take each team member's contribution and limiting factors, and those of other partners and supporters around them, seriously. More precisely, beyond the team members’ skills, talents, experience, knowledge, and intelligence, they understand that who and how they are being, both individually and collectively, makes a substantial impact on the venture's success. This lays the grounds for the other three layers.

After observing the significance of who and how people are being in the effectiveness of ventures, Engenesis founder and CEO Ashkan Tashvir led a rigorous and structured approach to the domain. This approach resulted in the introduction of the Being Framework™. Many business leaders from all over the world have since leveraged the framework to better understand who and how they are being within their organisations. More significantly, they have discovered how their Being and the collective Being of their people impact their effectiveness and the organisation's reputation and bottom line.