Resilience is more than "manning up"

Resilience is a word that is often misunderstood and misused. One of the most common misconceptions is that resilience is 'manning up' during a crisis. In other words, it is thought that being resilient is when we stop feeling and thinking the way we do when we are down or things aren't going our way and start thinking and feeling the way we believe or are told we 'should' so we can move on. In this article, EveryMan Australia founder and CEO Greg Aldridge, a leader with over 44 years of experience in the community services sector, sheds light on this core human quality from a leadership perspective and explains why empowerment is impossible without it. 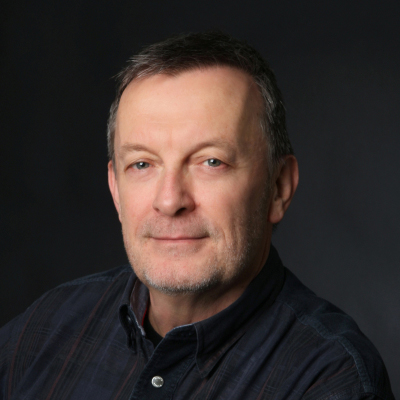 Not long ago, I was talking about resilience to someone sitting next to me at a meeting, and she made a comment about dealing with team members in a management role along the lines of, “Oh, resilience, I’m so over that! When people talk to someone about being resilient, all they mean is that they should ‘man up.’” While I understood her frustration, I came away thinking that abandoning the concept of resilience because some people misunderstand or misuse it really underestimates the value of this core human quality, without which empowerment is impossible.

It is important to consider resilience in a broader context than the one which leads to the ‘man up’ conversation, not only by correctly defining it but also by considering its power as well as the impact when resilience is absent. In this article, I explore how telling our team members to ‘man up’ when dealing with their own adversity or challenges has limitations and consequences and what we can do instead to build or restore trust and partnership with our team.

‘Manning up’ requires that someone who has experienced a crisis or failure just stop feeling and thinking how they are and instead focus on what they ‘should’ be thinking or feeling now. It reduces the process of transitioning from a state of mental and emotional pain to a ‘simple choice’ that the suffering person should make to get back on track. Asking someone to ‘man up’ can also imply that there is something wrong with the person for not just getting on with it.

Consider what it is like for an employee at the end of a “Man up, will you!” demand from a manager. They’re starting to think (if they weren’t already) that their thoughts and feelings about the crisis or failure are wrong, that they’re being self-indulgent and should just grit their teeth and ignore the pain because “everyone says that will make it go away”. In reality, it won’t. When ‘manning up’ is the only option given to a struggling team member, it’s akin to telling them to be positive and stop being a burden on others. Added to this is the vulnerability they now experience around their employment and the possible loss of respect from their colleagues and supervisors, who they think might be questioning their knowledge and abilities. All of this adds to the impact of continuing to be affected by their thoughts and feelings.

It is equally important to consider what is going on for the manager sending the ‘man up’ message.

When a manager adopts this mindset around resilience, they will expect a struggling team member to pretend that everything is back to normal and to ‘be positive’.

2. Resilience as a pathway to empowerment

So if resilience isn’t ‘manning up’, what is it? Dictionary.com offers the following definitions:

‘1. the power or ability of a material to return to its original form, position, etc., after being bent, compressed, or stretched; elasticity.

2. the ability of a person to adjust to or recover readily from illness, adversity, major life changes, etc.; buoyancy.’

In the Being Framework™, Ashkan Tashvir distinguishes resilience, a Secondary Way of Being, in the following way:

Resilience is a quality that enables you to bounce back to your original form or even stronger when circumstances in life knock you down. You consistently leverage setbacks to adjust and learn while finding a way to rise up and continue forward rather than letting difficulties or failure overcome you and drain your resolve.

A key factor that the dictionary definition and Tashvir’s distinction have in common is that they regard the essential quality of resilience as a rapid and authentic return to the pre-crisis or pre-failure state. It’s about moving through pain to empowerment. Rather than being in denial, the person acknowledges the reality of the event and their failure to cause a successful outcome. Rather than looking to external factors or personal deficiencies to explain the outcome, the person acknowledges the existence of the effects of the event, such as problems for others, hurt, distress, anger, judgements, and so on. Then they bring an authentic forgiveness to themselves and others involved. They understand, sometimes intuitively, that they are responsible for their responses and reactions, particularly in terms of their relationship with vulnerability. From a place of vulnerability, they understand that they are responsible for the authenticity that’s required to ensure their return to empowerment. Faking it doesn’t make it.

For the manager taking the “Just man up!” position, there’s an opportunity to support their team member to move through their experience of pain by jointly exploring their willingness to find their way back to courage and grow through the event. This could include courageously examining the parts they can each be responsible for, forgiving themselves and others for what has happened, or authentically committing to:

One of the barriers to supporting people to restore themselves to how they were being before the crisis or failure is the cost or impact of the event. Managers are human beings and, like the rest of us, can be challenged to provide authentic support when they’re also responsible for managing that cost or impact. It’s not easy to feel and communicate care while being straight with someone, especially if the team member’s actions have created a mess that the manager is now responsible for cleaning up.

As leaders, we need to start with ourselves and be a demonstration of resilience in our actions and way of being. As managers and leaders, we must remember that our team members are human beings too. Simply telling another to “man up” in the face of their challenges or frustration doesn’t work. It doesn’t miraculously solve the problem. By approaching our team members with the intention of building resilience, we can move away from team members who simply feel ‘wrong’ about what they are doing and appropriately address the situation at hand, transforming it and building new levels of trust and partnership within the team as a consequence.