Is your ego affecting your leadership?

As human beings, we all have an ego. In fact, the ego is a natural part of being a healthy functioning individual. But don’t let that fool you into thinking that the ego can’t also be destructive on multiple levels. The truth is we are all at risk of falling victim to its power. In this article, human performance specialist Dr Craig Duncan explains how the negative aspect of the ego can get in the way of a leader’s performance, the signals to look out for, and the key to keeping the ego in check. 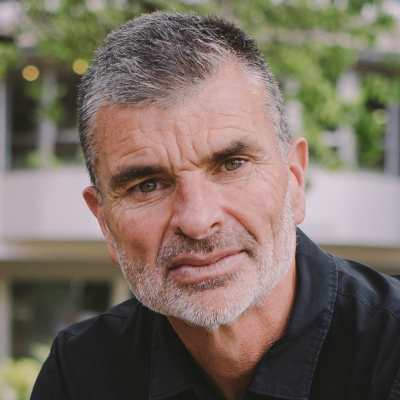 Are you a leader? Do you have a leader? Is ego a problem for you? Is ego a problem for your leader? I suggest that the correct answer to all these questions is YES. Why? Because we are all leaders in some capacity, even if it’s just as leaders of our own lives (self-leadership). And we are also followers to some degree, looking up to or being inspired by a leader. Most importantly, EGO is a problem for everyone. This article explores the meaning of ego and its impact on all of us, no matter who we are and what we do, and why it can be the enemy of us all if not managed effectively.

The Merriam-Webster Dictionary defines ego as “the self especially as contrasted with another self or the world”. From this definition, we can conclude that one aspect of a person’s ego, or sense of self, is that it is part of being a healthy, functioning human being. If we completely lost our sense of self, we would not be able to function well in life. However, there is another aspect of a person’s ego that is not so healthy. I am referring to when someone is always thinking about themselves first. We commonly describe people who behave that way as having a ‘big’, ‘over-inflated’ or ‘significant’ ego. In an in-depth book on the topic, Ego is the Enemy, author Ryan Holiday investigates the aspect of the ego as “an unhealthy belief in our own importance. Arrogance. Self-centred ambition”. We all have this aspect of our ego, but often we are unaware of how destructive it can become. So how does this negative aspect of our ego (which I will refer to simply as ego) get in the way of our performance at work and in life?

Signs that the ego is running the show

Leaders who fail to demonstrate self-awareness are particularly susceptible to the negative impacts of their ego. Suppose a leader believes they are the only one in the organisation with something valuable to offer and who can make a difference. In that case, they undoubtedly lack the self-awareness to appreciate that their ego is running the show.

The more power we have, the stronger and more dominant our ego can become. Leaders with increasingly dominant egos typically surround themselves with people who agree with everything they say. This phenomenon is commonly referred to as ‘the echo chamber’. Their vision becomes narrowed, and they end up being at the mercy of confirmation bias: the tendency to process information by looking for or interpreting information consistent with one's existing beliefs. Does this sound like any leaders you know?

In my work with professional sportspeople and athletes, I have seen many instances where a leader's ego halted a team’s progress and confirmation bias was rife. Coaches are vulnerable to the negative impacts of the ego, and employing staff members that act as echo chambers is a definite sign of a problem. I remember one specific instance when working with a coach whose team suffered a number of losses over consecutive weeks. Before a weekly meeting with the coach, I had discussions with their staff in an attempt to analyse the specific issues. Interestingly, I was met with the same response from each staff member I spoke to: “All is good. We are on the right track”. When I eventually met with the coach, I received the same response yet again, to which I responded, “Do you realise that five of your staff have said the exact same thing? And yet you have had four losses in a row, and you are slipping out of finals contention”. The coach didn't welcome my suggestion that a deeper analysis was required. However, that was precisely what this leader needed to hear, and he became more mindful of the potential echo chamber he had created.

How often have you seen leaders surround themselves with an ‘echo chamber’? Ego-driven leaders are typically rude, uninterested in listening to other opinions and selfish. As a result, they compromise employee wellbeing and are a liability to any organisation or team.

The key to keeping the ego in check

Effectively managing the ego isn’t easy. It takes persistence and hard work daily. I believe the basis for transforming one’s relationship with the ego is self-awareness. Self-aware leaders are more inclined to have gratitude, be kinder, and be more interested in employees and their individual opinions. Consequently, they create superior workplace cultures.

To become more self-aware, you need to take the time to reflect on what you are grateful for in your life every day. It is also beneficial to surround yourself with a ‘challenge network’ to avoid the echo chamber. A challenge network consists of people you trust who will tell you what you need to hear rather than what you want to hear.

Leadership is about relationships and wanting the best for your people. It’s about looking after your people, being authentic and knowing that the focus must always be on ‘we’, NOT ‘me’. For a leader to optimise their followers' performance, they must be self-aware enough to manage their ego. As this article has demonstrated, the ego is a potential enemy for all of us. If not managed effectively, it will negatively impact the leadership team, the wellbeing of employees and the entire organisation.

Dr Craig Duncan is one of the world’s leading human performance strategists, with a track record of helping sporting teams, business organisations and individuals to maximise their potential. Over the past decade, he has worked with more than 75 organisations, in a career that’s took him to 50 countries on four continents. Dr Duncan’s innovative and holistic approach to human performance science has driven elite athletes, corporate leaders and military personnel to excel at the highest levels. Craig has worked with the Socceroos, Matildas, NSW State of Origin and the national teams of Iran and the United Arab Emirates. He has also worked with teams at World Cups, Olympics and Asian Championships. No matter which hat he’s wearing, Dr Duncan’s goal is simple: to use his expertise and professionalism to get the best out of people. He is an accomplished speaker, who presents regularly to teams and organisations on how to reach peak performance, be that in the boardroom, in the office or on the sporting stage. In recent years, Craig has worked extensively as an executive coach in the corporate environment, implementing unique strategies that have been proven to enhance the potential of employees and management. He uses high-level performance science and cutting-edge technology, developed at the pinnacle of professional sport, and tailors a strategy to suit the needs of individual clients.

Get notified with Craig's latest articles and updates.