Are you unable to stop sacrificing yourself for others? The unspoken reasons driving your unhealthy behaviour

If you are continually sacrificing your time and energy to give to others but finding yourself depleted and perhaps even resentful in the process, it might be a sign to look within to discover what’s driving this seemingly selfless but actually unhealthy behaviour. Wayne Stickel, a leadership coach and founder of Mighty Ability, an organisation that empowers people living with disability to realise their vision, reveals the damage we can cause ourselves and others when we constantly strive to be the ‘selfless hero’ and how to overcome it. 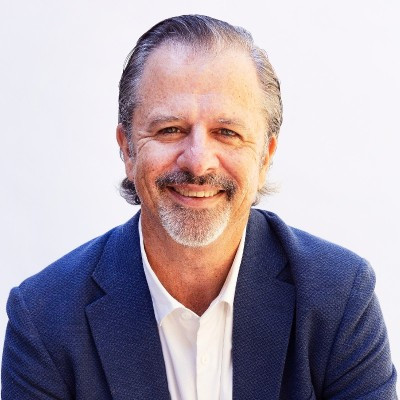 Are you continually giving to others despite dysfunction and stress in your own life? If so, you are not alone. Making sacrifices for others at the expense of oneself is a problem that comes up frequently for my clients. And it is an issue I, too, am challenged by. The struggle to then keep up with too many commitments can take a toll on us emotionally and physically. Feeling overwhelmed can lead to stress, which, over time, can cause various health problems such as unwanted weight gain or loss, hypertension, insomnia and many other issues. Eventually, we become sick and tired of being sick and tired. Furthermore, if you continually put everyone else first, you may end up resenting others for expecting so much of you when in reality, you always had a choice.

What's going on under the surface?

Based on my experience and observations, many people constantly pursue the hero’s journey, putting on shiny armour with the intention of saving those in need of help. At least that’s what is happening on the surface. But what is going on under the surface, beneath the heroic and benevolent exterior?

As human beings, we all have one thing in common. We’re mortal. Furthermore, we live in a malevolent world dominated by the destruction of the natural world and countless societal injustices.

Here are some sobering statistics:

Then there are the internal struggles we all face, creating our own dark places to navigate. In the face of this uncomfortable reality, we often encourage each other to ignore the darkest problems we all face and seek solace elsewhere. We either distract ourselves with all manner of entertainment or feign blind ignorance.

The courage to care enough

The reality is that we must confront our own dark places (our shadow side) before we can effectively help others and make a difference in the world. But where do we begin?

I am inspired by the tale of King Arthur's quest for the holy grail – the source of all redemption, the chalice of wellbeing. Each knight must enter the deepest, darkest depths of the forest, which metaphorically represents facing their own shadow side. That takes courage. More specifically, it takes courage to care enough to seek out the shadow. In the real world, this requires us to look for the hidden secrets, long-held resentments and regrets. And let's not forget the lost or forgotten hopes and dreams. They are all lurking in the shadows waiting to trigger us into unexpected reactions and behaviours. Our decisions are sometimes incongruent with our intentions and what we want, causing us to be angry, resentful, disappointed or even heartbroken.

A knight in shining armour

As a father of three, I have been a successful ‘hero’ in protecting my family from a malevolent world. The decades of putting on the shiny armour (or tailored suit) and trying hard to make it may have worked up to a point. But then I discovered that through it all, I sacrificed my own self-care, self-esteem and self-worth. I believed that looking after others was more important than taking care of myself, which I considered selfish or self-centred. That was not the reputation I wanted. I wanted to be seen as a good person. So I would hide feelings of resentment or stress, and that is where my shadow lives.

By the time I was in my 40s, I had developed a considerable shadow. While supporting my family in a corporate job, I hid my disability from others, concealed my drinking from family and relied on other forms of lies and distractions to support my unconscious sacrifices for others. Eventually, my world collapsed, and I went deeper down the rabbit hole until I hit rock bottom.

After several years, I cleaned up my act and started with a clean slate and a new hero’s journey to restore and redeem my family relationships. But over the next ten years, I continued to put my family’s needs ahead of my own. While noble, I remained oblivious to my lack of self-esteem and the impact of self-sacrifice. I worked several jobs and attempted to start my own coaching business, still desperate to be the hero.

Recent changes in my health condition and circumstances led me to begin my research on self-sacrifice and self-care. I discovered the solution might lie in restoring my self-image rather than just pushing through and soldiering on. As I started to confront my own shadow by taking off my armour and looking where I least wanted to look, I learned that while I have accomplished much in life, I am still driven to prove something, still trying to be a hero, and it is costing me my mental and physical health.

Courage is all heart

As I embarked on the journey to find the courage I needed to face my shadow, I considered many interpretations of the word ‘courage’. I had heard courage makes you fearless, but I wanted to delve deeper to see if this was true. Dictionary.com defines courage as:

While this is somewhat helpful, I have found courage to be all heart. The root word of courage is cor, the Latin word for heart. Brene Brown takes this further when she says that courage involves “speaking honestly and openly about who we are, about what we're feeling, and about our experiences (good and bad)”. Is this where many of us lack courage, the courage to look deep into our hearts to reveal our deepest pains and begin to heal? Absolutely!

In his book Being, Ashkan Tashvir reveals, through his research, that courage is a Primary Way of Being, meaning it is a primal quality we all share as human beings. He distinguishes courage as: “the state of Being that gives rise to the ability to make decisions, move forward and take action when you are uncomfortable, frightened, worried or concerned for your safety and/or the safety of others.” In contrast to the Dictionary.com definition, Ashkan goes on to say: “Courage is not the absence of fear; on the contrary, courage shows up when fear or discomfort is present”.

Having always trusted my head because my body occurred as a problem due to the manifestations of my condition, I struggled to see how much my heart is the source of my courage. But as I face difficult conversations about my condition and future, it's been my heart that is most present – with my children, family, friends and colleagues. The courage to be wholehearted brings a deep sense of care for oneself and others, gratitude for creation, and hope for better things.

These days I apply my learning about courage and self-care to my own life and the lives of the clients I serve through coaching and the well-being and related group programs I run. My organisation, Mighty Ability, is the vehicle for this expression. It takes courage to stop always putting everyone else's needs first and to reclaim your self-care, self-worth and self-esteem. The result is far healthier relationships with others and with ourselves. Step one of this journey is finding the courage to care enough to look within and reveal our shadow into the light.

A leadership coach with over 25 years' experience in leadership roles, Wayne knows what it takes to move forward and succeed. Like you, he knows the tough obstacles, challenging circumstances, and financial pressures. Importantly, Wayne has felt the exciting highs that are a result of intensifying your effectiveness. Accelerate your Mission. Wayne, who also has a medical condition - a rare type of Spina Bifida - is renowned for his empathy, compassion, inspiration and honesty. Drawing on his expertise in coaching and business and relationship development, Wayne incorporates The Being Framework, Being Profile® and the Transformational Methodology within his programs. The application of these world-class tools ensure you will expand your influence and impact in whatever you endeavour to accomplish.

Get notified with Wayne's latest articles and updates.