Building your confidence after a setback

As leaders, we all face challenges in life - situations that sometimes can leave us feeling diminished or ineffective or even damaged. So how do you bounce back when life throws you a professional curve ball? In this article, Technology Leadership Coach, Caroline New shares the steps leaders can take to rebuild your confidence and effectiveness. 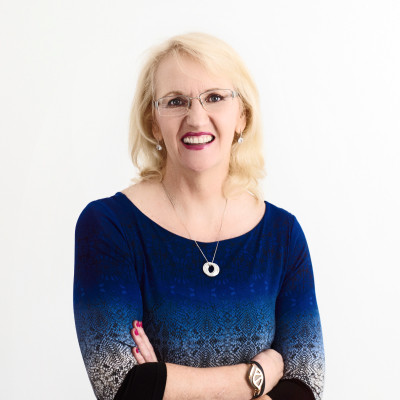 Do you have scar tissue? Have you endured significant setbacks or challenges in your career, only to feel somewhat diminished by the experience?

Maybe you, like one of my clients, were poorly treated by the organisation where you work and you’ve struggled to bounce back and recover your former poise and self-assurance. Or perhaps you’ve had a legitimate attempt to give feedback to a team member become distorted into a bullying claim that has left you floundering to repair your damaged reputation.

Perhaps you’re now less confident in your abilities or find yourself comparing yourself to colleagues and peers, and coming up wanting. So you hold back from saying what you think and hide in the shadows rather than putting your hand up for new challenges and opportunities. It feels like it’s not safe, or you’re not good enough, to step into the spotlight.

We all encounter obstacles and difficult experiences as part of life, but sometimes it can be difficult to put those events behind us or separate them from how we see ourselves. We’re left with scars and feel broken – no longer able to trust our abilities or put ourselves in positions where we might fail.

My client Jason came to me after just such an occurrence. Although a high achiever with an impeccable track record, his new manager had targeted him unfairly, questioning his performance and bringing in their own candidate over the top of him, taking away his influence and autonomy.

Although Jason did his best to resolve the situation constructively, he was unable to resolve it to his satisfaction and ultimately chose to leave the organisation and find another position.

Despite his success in winning another technology leadership role, Jason’s confidence had taken a blow and he often questioned his capabilities and whether he still had what it took to be successful.

Situations like these can affect people differently. Some just keep going, soldiering on while trying to ignore the feelings gnawing away at them. Others seek to escape the situation and are willing to leave an organisation in order to avoid having to deal with the unpleasant dynamic or how it makes them feel. However, Jason told me he truly wanted to confront the impacts head on.

In working with Jason, I used the Being Profile to understand what was going on below the surface and highlight not only the behaviors, but also the ways of being we needed to work on to restore his confidence and effectiveness.

According to the Being Profile, “Confidence is the state of being certain of the truth about something or a self-assurance of one’s abilities or qualities. It is the belief that one can rely on or have faith in someone or something, including oneself. Being confident supports you to gain credibility and make good first impressions while dealing with pressure and meeting life head-on.”

Having a healthy relationship with confidence allows you to be self-assured or even at ease in challenging situations and supports you to trust your strengths and abilities.

When confidence is low, this is typically driven by our relationships with other, more primary aspects of being such as courage, peace of Mind, self-expression and assertiveness.

Let me paint a picture. If I lack confidence in myself, I’m less likely to be courageous in sharing my opinions – particularly if my views run counter to those of the group or the leader – so I’ll be less assertive and self-expressed. And I’ll likely lose time and energy to the voice in my head that keeps questioning whether I’m making the right choices, taking the right actions or know what I’m talking about, even when I do.

My experience of life would involve significantly more uncertainty, anxiety and doubt as I struggle to come to terms with my fears about saying or doing the wrong thing and potentially creating more problems or setbacks.

Does this sound familiar?

Fortunately, working with the Being Profile not only shines a light on all of these issues, but helps to identify where we can develop or polish our ways of being to improve our experience of life and our overall effectiveness as leaders. Once you harness your relationship with any of your ways of being, they are like levers that give you access to start transforming your performance.

In the case of Jason, we tapped into his healthy relationships with responsibility, recognising the reality that he always had options and could take actions to improve his situation. We also drew on higher Purpose, supporting him to rediscover the kind of leader he was committed to being and exploring new opportunities to live that out.

He polished his relationship with courage to stand up in the face of his fears and doubts and take the actions he believed in, choosing to trust himself and his abilities rather than holding back. And he chose to have compassion for himself, to let go of the shame he had been carrying and embrace forgiveness for any way he might have contributed to the situation by what he did or didn’t do.

While this might sound a little complicated, it took place over a period of several months as a gradual transformative process and I supported Jason every step of the way.

The result for Jason has been a clear separation between who he is and the value he brings as a person, and any negative events or failures. While he still takes full responsibility for outcomes, he is quick to forgive himself and others for any mistakes and move on.

Jason now has renewed confidence to be the kind of authentic and dynamic leader who inspires his team and empowers them to deliver powerfully for his new organisation. And because this new confidence flows from who he is Being, rather than simply the actions he takes, he feels ready and prepared to deal powerfully with whatever future challenges life throws his way.

Caroline is a leadership coach who works with senior tech executives and ICT business owners to empower them to be exceptional leaders in their organisations and a force for good in the world. As technology becomes ever more pervasive and disruptive, tech leaders have a critical role to play. However, their impact is often diluted because they struggle with the people issues, such as building a high performing team, managing stakeholders, having difficult conversations and communicating with clarity and influence. Having spent over 30 years working in the Australian and international tech industry herself – the last 17 years as a coach and group facilitator – she understands the issues and pressures technology leaders face. And she knows how to fast-track the development of leaders and their teams, using the Being Profile to highlight strengths and growth opportunities so they can maximise their impact and deliver the desired results.

Get notified with Caroline's latest articles and updates.