Resentment can be loud and targeted or sly and stealthy. If left unchecked, it will destroy healthy relationships, be it in a marriage, team, community, corporation or government. In this article, Ontological Coach, Thrive Master Coach and facilitator Louise Smallwood explains how to uncover where resentment may be taking hold and the steps you can take to address it. 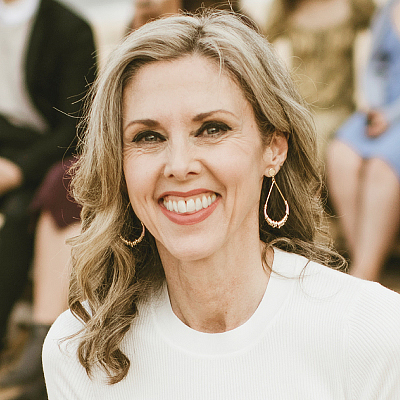 There are hundreds of articles discussing resentment and the cost incurred by holding onto it in relationships. We invariably know that forgiveness is the starting point to shifting resentment. But despite knowing where to begin and the cost of holding onto resentment for ourselves and others, many of us would still be resentful about something in our lives right now. This article explores why it can be so difficult to free ourselves from resentment and how we can recognise and interrupt it when it is present. It also shares three effective ways to prevent resentment from festering in a team or organisation.

To be present to the feelings described in the above definitions, try this simple exercise. Take a blank sheet of paper and write a list of all the things you can think of about which you are resentful. If you can’t think of anything immediately, I invite you to reread the definitions of resentment and allow yourself to dig a little deeper. What do you notice coming to mind that you immediately discard? That thing you are avoiding or holding on to – take a moment and write it down. Now look again, notice what else comes to mind, and write it all down. I encourage you to keep going for 60 seconds and see what else comes up for you.

Some of you may now be on a roll and have to get a new page. You may have started with something like, “I have to work late again today” or “I always have too much work and not enough time”, and from there, the resentments flow like a river. Others may have one or two issues but tell themselves, "They're not a big deal". But both of these are examples of resentment. Resentment can be loud and targeted, as in the first example, or sly and stealthy, as in the second.

One of the challenges when dealing with resentment in a team or organisation is that it can be a bit like a termite infestation. If you hear it in the hallways, you can guarantee there is more of it hiding behind the walls or under the floors. Resentment is invasive and it spreads like wildfire. Collusion and gossip or withholding and disengaging are some of the favourite vectors in spreading and keeping resentment alive.

Common advice when it comes to resentment is to “let it go” or to forgive the person or people involved. However, in practice, you may find it’s not that simple. With that in mind, how can you address and resolve resentment within you, your team or your organisation? Let’s explore three effective ways to do this.

Be aware that resentment is present, then make clear, powerful, assertive requests

The first step to addressing and resolving resentment is identifying that it is present. As a coach, whenever I hear a recurring complaint, I will ask my client to pause and consider what would bring resolution to the issue for them and to ask themselves, “What is the outcome I want?” A resolution will typically come in the form of an assertive request. At this critical point, I often find that resistance resurfaces, and people hit a roadblock. If making an assertive request was easy, it would likely have been made already.

This brings up another issue within teams and organisations that you may have heard referred to as the ‘optimism bubble’. This is where senior management think they and their team leaders are far more approachable than they are in reality. Teams gather together, and the leaders may address an issue and communicate with expressions like, “We are committed to changing”, “We genuinely want your feedback”, and “We invite you to let us know when something isn’t working”. All of this sounds great and may come with good intentions, but what we notice is that when the time comes for people to speak up or say something, more often than not, they don't.

So what gets in the way of people speaking up? For the most part, perceived or actual ‘power dynamics’ are the cause, which, at their heart, are based on the fundamental issue of trust. When there is insufficient trust, people are reluctant to speak up. They have to trust that it is safe to speak up at every level of the organisation, from senior managers and leaders to middle and lower management, especially the latter, as they are the people the team talks most to day-to-day. People need to trust that leaders will listen to them, thoroughly consider their communication, and take action to bring about necessary change, where appropriate. There needs to be trust that there will be no repercussions for speaking up and trust that the commitment to building an environment of trust will endure and continue as part of the culture.

Create a culture of authentic feedback

In the Being Framework™, the distinction of authenticity includes “being consistent with who you say you are for others, and who you say you are for yourself.” It also includes whether or not you “care sufficiently that your conception of reality, which shapes your beliefs and opinions, is accurate and congruent with how things are.” Creating a team-wide culture where regular authentic feedback is invited, safe, expected, and an accepted part of each day is fundamental to addressing both parts of the distinction. The aim is to normalise feedback and its appropriate response so that it becomes ‘just what we do’. Developing a culture of authentic feedback requires courage and commitment to see it through and deal with the uncomfortable conversations that may arise.

I've personally experienced a significant difference in coaching when an entire team, including all levels of management and leaders, is committed to participating authentically in a culture of open and authentic feedback as opposed to when only a few members – noticeably not all managers and leaders – have taken this on. The first group continues to be a healthy team that thrives on authentic feedback. They remain strong and united through difficult times and challenges despite the usual ups and downs. While the second group may have seen a similar shift in individual results, the whole team still has less trust and continues to experience frustration and ineffectiveness.

Many of us choose to deal with resentment only when we are fully present to its real cost. You need to be willing to acknowledge that resentment may be present and care enough to look. Then intentionally call it out and deal with it by being responsible and accountable, creating an environment in which it is safe to discuss issues and then committing to maintaining this environment ongoingly as part of the solution.

No matter the type of relationship or environment, resentment, when left, is like those termites. It grows behind the walls until there is an all-out infestation, and then the whole building collapses. Relationships are what life is about, so don’t look away. I invite you to be courageous and committed to this because, as with termites, regular inspections ensure that resentment doesn't creep back in.

Unquestionably, Louise loves people, is passionate about life, and loves community. In particular, she adores her family and spending time together with them. Having worked in Sales and Marketing in various industries for some 15 years, Louise was first introduced to ontology in 1998, which sparked her deep interest in exploring who we are being, how we relate to reality, and in turn, how that impacts the results we get in our lives. Over a decade ago Louise started her coaching journey, developing her coaching skills, utilising various psychometric tools and being trained across complementary coaching methodologies. Louise now works as a full-time coach and is committed to supporting leaders develop highly effective teams through ontological coaching, and interrupting anything that disempowers them. As an accredited Thrive Coach Trainer, Louise facilitates and leads Thrive Coach Training Programs, supporting, encouraging and developing a new generation of coaches. Louise admits that she loves when she gets to work alongside and partner with her husband John in facilitating training workshops with him. In her free time, Louise also loves to exercise, enjoys watching and supporting her local rugby league team, watching MotoGP, and riding her own Ducati motorcycle with John and their friends. Though without a doubt Louise’s favourite part of her week is Sunday night church.

Is the Peacock Pheno

How to develop your

One of the key areas
Article ByJohn Smallwood

How to choose the ‘r

One reason why up to

There are many reaso
Article ByMarkus O. Winzer

It has to be perfect

Why all businesses n

If you do not docume
Article ByLucy Faulconer

Are fear and self-do

How to break through

In this article, wel
Show More